Children wait happily in line for it. People fly from other states to experience it. A group of grandmothers has even included it on their bucket lists. What is it that has people rolling, flipping, tumbling and laughing with delight? It is the Monster Bubbles attraction at Paradise Valley Mall. Opened by husband and wife entrepreneurs Leo and Sharon Vincent through their company Blue Elephant Creations, LLC, Monster Bubbles brings a one-of-a-kind experience to the Phoenix area. Leo is chief executive officer of the company and Sharon is its marketing director.

The creative couple, who met as teenagers in San Diego, have been married for 45 years. Leo is a retired architect who, with Sharon, traveled the world during his architectural career. Sharon’s background is in marketing, art and design. Together the young-at-heart couple, full of energy and ideas, were looking for a new business venture following Leo’s retirement. And they wanted it to be something positive and fun. During their travels to Europe they had discovered the bubble ride.

“You see the families and the kids’ faces,” Sharon says. “That is when we decided we didn’t want to do anything serious. We wanted to see smiles and happy people.”

“This attraction was being held at the carnivals and festivals throughout Europe,” Leo says. “Sharon thought it was a great idea and that we should bring it back to the States. And that is our mission, to look at what is happening in Europe, China and other parts of Asia, which is very different from what we are doing here, and with the help of key collaborators, bring those ideas back and modify them to American tastes and standards.”

They began their new venture in 2012 with six “double bubbles” rolling in a 30-foot pool that they took to fairs and festivals throughout southern California. The hand-crafted bubbles are made of clear TPU/PVC material. An inner bubble is suspended within a larger 8-foot-diameter outer bubble with a 14-inch layer of air surrounding it. “Each custom 8-foot bubble takes two men one day to make,” Leo says.

The busy couple worked 12-16 festivals and fairs a year, mostly from spring through fall, setting up and tearing down the ride at each event. The events lasted anywhere from two to five days.

“Sharon thought it was a great idea and that we should bring it back to the States. And that is our mission, to look at what is happening in Europe, China and other parts of Asia, which is very different from what we are doing here, and with the help of key collaborators, bring those ideas back and modify them to American tastes and standards.” 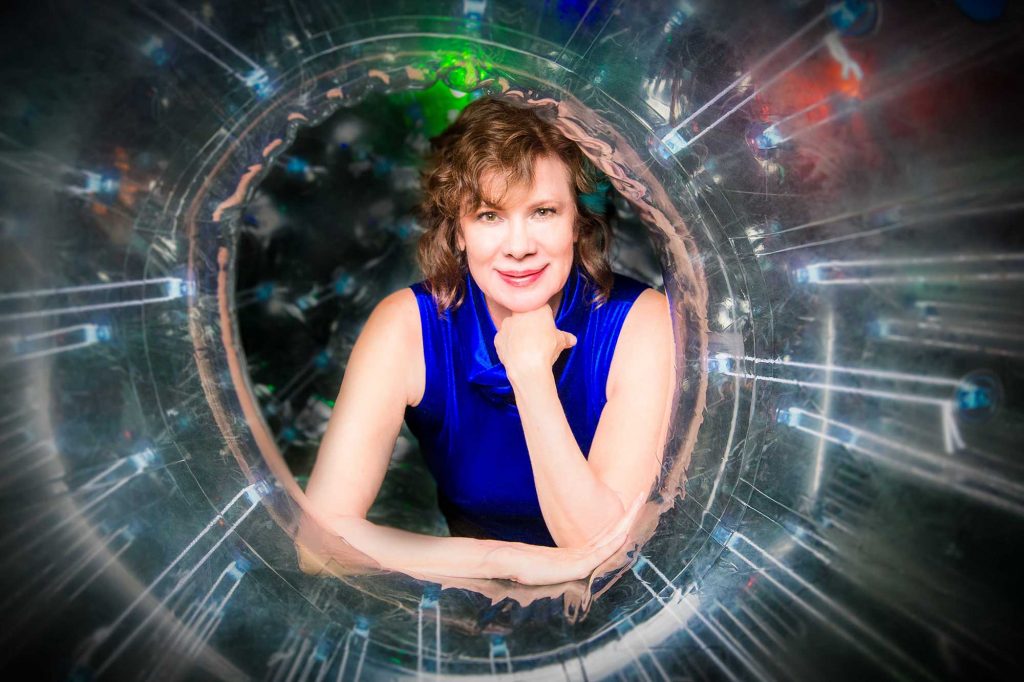 “It was a lot of traveling,” Sharon says. “So we decided to see what we could do at a permanent location. “We had a mural business in Arizona back in the 1980s and we did very well, so we looked at the demographics and said let’s go back and see if we can do it again.”

The Vincent’s opened the mall attraction with two bubbles in a 400-square-foot space less than a year ago, in November 2014. It included monitors featuring real footage of European fairs and festivals to enhance the fun and creative ambiance.

“Europeans are very innovative,” Sharon adds. “They go far out on the limb. In Switzerland especially, they are so creative and imaginative.”

Because of Sharon’s marketing and advertising efforts – at the store location, on social media and through word-of-mouth – the business quickly grew from eight visitors a day to a couple of thousand a month, with two-hour waits on weekends. In May, the attraction moved to a 5,500-square-foot location in the mall and added an arcade. It now has six bubbles for rolling and tumbling in a 30 x 140 foot-long artificial-turf-carpeted space. Flashing lights, glow-in-the dark features and monster graphics add to the fun. And with the additional space, there is more staging and production to come.

“I had put us out on Groupon, Living Social and Amazon when we first started,” Sharon says. “And in 6 months we have received a total of 600,000 hits between the three of them.”

She comments that the attraction’s word-of-mouth success increased because of the generous policy of letting riders play until they are tired, without an additional charge if there is no line.

“The ride is $8 for 10 minutes,” Sharon says. “But, if there is no line, we don’t stop the ride every 10 minutes to ask for more money. We just let the riders keep playing. So we have been letting the kids know if they come here on our slower days and there is no line, they can get extra time for free. They love that!”

The typical ages of riders is probably in the 6-14 range, Sharon says, but they do get adults and can even handle corporate parties. Recently, four grandmothers came from Newfoundland and said when they saw us they put us on their “bucket list,” she adds. The arcade also serves to bring in adults and entertain parents with a carefully chosen selection of games that older generations may remember from their own childhoods, such as Air Hockey, Ms. Pacman, Star Wars, Star Trek and others, in addition to more contemporary offerings for kids.

The attraction actually gained its “Monster Bubbles” moniker from one of its younger customers, a 4-year-old boy who was getting into the ride.

“I said to him, you get to ride in the large bubble,” Leo recounts. “He said ‘no, it is not a large bubble it is a monster bubble.’ I thought, ‘That’s it! There’s the name.’”

The Vincents are in the process of expanding the bubble concept to other malls. They plan to open between 20 and 30 locations over the next three years, each with its own unique theme. Their second location, an underwater-themed bubble attraction, is currently under construction at Superstition Springs Mall in Mesa and is tentatively scheduled to open October 15. That attraction will feature mermaids and other undersea creatures. The riders, because of strategically placed ceiling projections and surface lights, will feel as if they are rolling in their bubbles under the sea.

They are not planning to go it alone when it comes to expanding, however. The company is looking for key collaborators to help bring their plans to fruition.

“We are not going to try and do everything by ourselves,” Sharon says. “We did that when we were younger, but we learned it is best to work with other companies and let them show how they can combine with us, so we can all benefit.”

Beyond Amusements, the company that put its arcade games in Monster Bubbles, has already seen its expectations exceeded, according to Leo. “They weren’t sure about it but decided to take a chance,” he says. “They didn’t realize how much traffic we would bring in. The income they have generated from just this location totally surprised them. It was about three to four times what they had anticipated.”

Other businesses the couple would like to collaborate with are advertisers to showcase their products and services. Also, a T-shirt, hat and jacket company to showcase their wares in the attraction stores and to include themed items, from the various bubble attractions.

“We are going progressively step-by-step to find key collaborators,” Sharon says. “We are taking our time and making the right decisions.”

In addition to its permanent locations, the company, with help from collaborators, is also planning on putting large Christmas festivals at various malls, similar to those held in Europe. The festivals, which will take place for 10 weeks leading up to the holiday season, will include holiday-themed bubble rides, as well as numerous other features and attractions. The couple envision inviting artisans and craftspeople to create and sell their wares – allowing people to view the artistic process first hand.

“When I participated in fairs many years ago as a portrait artist, people loved to watch me draw, which was unexpected,” Sharon says. “I realized people love to watch artists in motion. Which is why we will have artisan glass blowers and other talented craftsman.”

In addition to crafts, Christmas decor from Europe and Asia will allow for a unique and diverse blend of products, adding to the complete family and shopping experience.

Their goal to kick-off the Christmas festivals is 2017. “We have our goals written up for 20 years,” Leo says. “We know how much work it is and it will involve a lot of collaboration.

“We want it to be fun for everybody,” he continues. “There is nothing worse than seeing a little kid being dragged along to the mall for shopping at Christmas time. This will make visiting the mall something to look forward to for the entire family. And it will generate a lot of activity for the mall.”

The couple credit leasing director, Renae Lynde of Macerich, with helping them find the perfect mall locations. “We have a great working relationship with her,” Leo says.

Helping them do the work is employee Jessie Vasquez, who assists in managing the Phoenix location. The company will be adding a couple more people in the near future. What do they look for in their employees?

“They have to be happy, easy going and always have a smile on their face,” Leo says. “We like them to think and let us know if they notice something that needs attention. Jessie stood out because he knows computers and the monitor. We don’t know everything there is to know about equipment and the monitors. He rises to the challenges.

“We know what we want when we meet potential team members,” he continues. “With safety and cleanliness being top priorities [every rider is instructed on safety when getting on the ride and the bubbles are cleaned often during the day, and disinfected after every two rides] our team members have to be able to listen and understand what we are trying to create for the families that visit our stores.”

The couple not only cares about their customers having a fun and safe experience, they also believe in giving back. The company donates rides to charity auctions, has supported Big Brothers and Big Sisters and gives discounts to nonprofit agencies, including those that work with autistic children.

“They get in the bubble and it is their own space,” Sharon says. “Most feel extremely comfortable and they don’t want to get out. It is really an eye-opening experience.”

The couple works at least 60-70 hours each week. How do they find balance in their busy lives?

“She balances me and I balance her,” Leo says. “We met at a dance in San Diego when I was 17. She was a high school freshman when I first saw her and we still find balance in each other.” 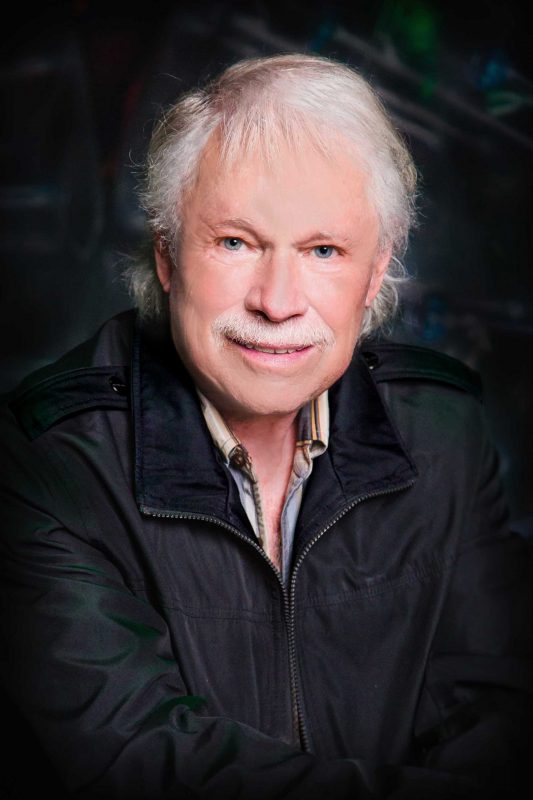 Most Enjoy
“Creating an idea and making it reality.” – Leo
“Seeing the joy and surprise on peoples’ faces over something you have created.” – Sharon

“We are not going to try and do everything by ourselves. …We did that when we were younger, but we learned it is best to work with other companies and let them show how they can combine with us, so we can all benefit.”