Where it comes to financial matters of legacy planning, nothing should be left to chance. Founder of Family Legacy Planning, LLC, Rich M. Groff II has the education, training and experience to make the difference in the lives and legacies of his valued clients. A third-generation financial advisor and savvy entrepreneur, he brings his expertise to high income and high net worth professionals where he can act as a “quarterback” for their unique situation and for planning and implementing successful strategies that will last for generations.

Planning for the Future, Developing a Legacy

Rich Groff explained, “As a successful business owner, I understand the art of trying to balance family, work and life. To help achieve this vital balance during a busy schedule, we have a state-of-the-art mobile office. We literally go to our customers and bring along our skilled team of financial planners, proactive tax planners and legal expertise. We respect what has made a business successful—their time. With this direct concierge service we can help our clients achieve their financial goals in a timely fashion.”

Today we are historically in one of the lowest federal income tax brackets we as a country have ever experienced. With the real deficit growing over $60 trillion, this means taxes are rising. “The traditional government-sponsored retirement plans our parents and grandparents used to defer income into a lower tax bracket should not be your only plan for retirement. We design a plan for today’s economic environment. It’s not necessarily what you know, but what you don’t know that could cost you and your family more today or later,” said Groff.

One issue that should always be addressed is that of taxes; specifically income and federal death taxes. “Although taxes have gone up this year when President Obama signed the American Taxpayer Relief Act into law on Jan. 2, 2013, they are still much lower than where they have been historically, such as marginal rates as early as 1980 that were 70 percent and even a maximum effective rate limitation equal to 90 percent of statutory income from 1944-45,” Groff explained. “We must count new financial obligations even if payments are due later (such as Social Security, etc.) and with these included our deficit is more like $80 trillion.”

“Taking this all into consideration, I find that many of the highly successful business owners and professionals are trying to deduct and defer the tax for later and what if later is more taxes than now…is it really deductible? In essence, you might be causing a worse problem later. I’m not saying not to have qualified retirement plans (401ks, Defined Benefit Plans, IRA’s, etc.), but you might want to realize the taxes now on some monies and create tax-free income as well,” said Groff.

J.P. Morgan, who formed the first billion dollar corporation in the world, lost over 69 percent of his $12 million to taxes and costs to settle his estate.” 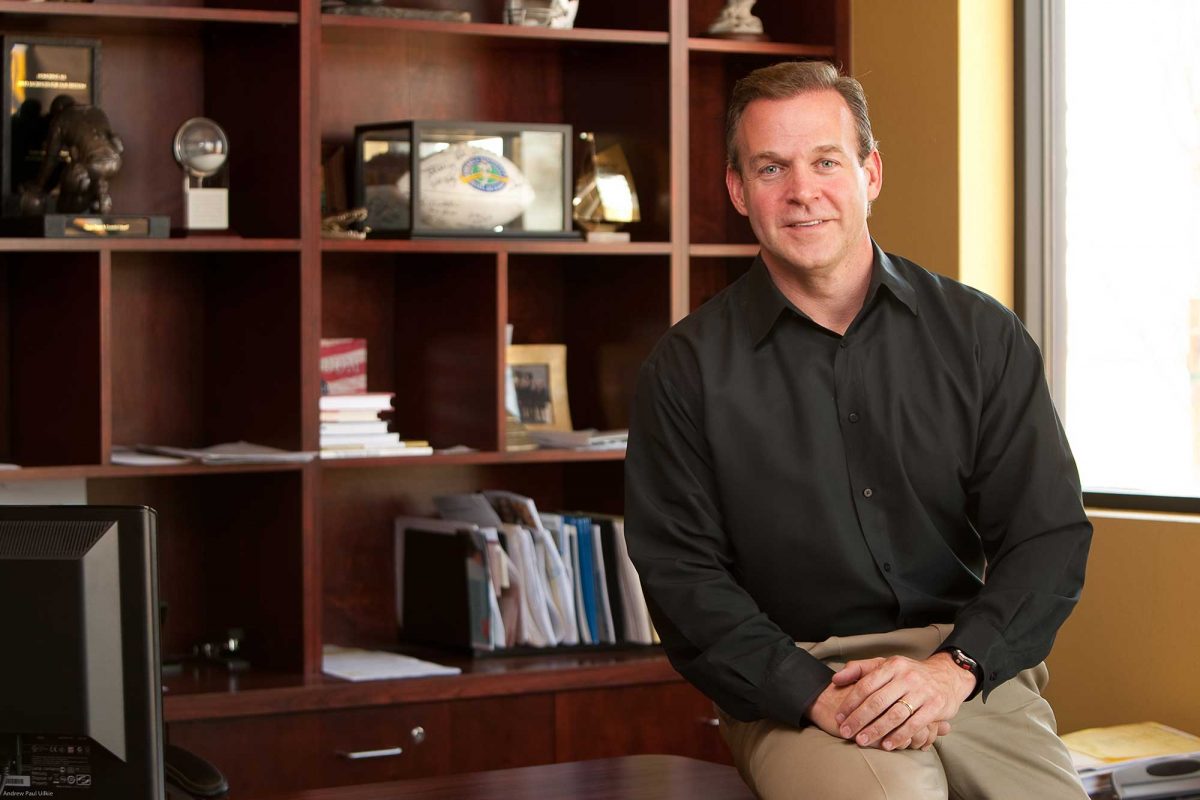 With so many factors that go into figuring out what is best for taxes, it is important to know the best strategies to help protect your assets and know how certain strategies impact your bottom line. In one particular client’s instance (a 40-year-old male), it was decided after a meeting that after the client takes care of his children’s education, weddings and then eventually, retirement, taxes will indeed be higher than they are today. Groff showed his client a “private, non-qualified, tax-free solution” that is only offered through an insurance company, which is one of the many living benefits that is offered if designed correctly with the right insurance company.

“In this client’s case, we’ve designed it so he can contribute as much as $100,000 annually until age 55 (without violating IRS funding guidelines or limitations) and then begin taking tax-free withdraws and loans of $349,397 annually (which is equivalent to $582,328 at a 40 percent tax rate and $698,794 at a 50 percent tax rate) at age 65 for 20 years or $6,987,940 total income received by age 84. These numbers were based on current costs of insurance, 0 percent loan rates beginning in year six, and 6.5 percent hypothetical growth rate,” Groff expounded. Although history is not a guarantee of a future direction, there are many benefits of going with this type of tax-free investing, in which Groff firmly believes. Ultimately, the benefits speak for themselves.

There is no stock market risk, there is an upside growth potential and an annual reset provision which allows the owner to lock in gains and not lose them. With a cash accumulation based on FIFO (First In, First Out), it allows the owner to take out contributions as non-taxable withdraws. There is an income tax-free access to policy cash accumulation via a policy loan provision and an income tax-free death benefit to loved ones. Unlike other policies, there is no mandatory distribution at age 70 ½ and no IRS penalty. There are also no minimum age or income requirements and there is access to money prior to age 59 ½ without the 10 percent IRS penalty.

Additionally, the state of Arizona provides asset protection for this particular asset class from creditors. And it does not create taxation of Social Security since the income does not trigger a 1099 for the IRS. This policy also helps to avoid the costs, delays and settlement disclosures of probate and provides for flexibility with contribution so the policy owner can reduce or make up contributions as needed in the future.

There is also a chronic illness benefit feature, which allows access to up to 24 percent of the death benefit if you can’t perform two of the six ADL’s (Activities of Daily Living such as bathing, continence, dressing, eating, toileting and transferring). “According to 2011 Sourcebook for Long-Term Care Insurance, American Association for Long-Term Care Insurance: 70 percent of women and 40 percent of men over age 65 will have a chronic illness during their lifetime,” noted Groff.

There is a common oversight with successful business owners with the lack of legacy or succession planning and it involves the federal death tax or what is commonly referred to as the “procrastination tax” that can sometimes force a fire sale of a business after a death. This type of tax can be devastating to a family’s wealth. One prime example of this is with the estate of Joe Robbie. As Groff explained, “Robbie’s family lost their National Football League team, the Miami Dolphins, along with the family named Joe Robbie Stadium due to the need for cash to pay federal death taxes. This forced fire sale meant that the Robbie family was out of the football business.”

Another example of that procrastination tax coming back to haunt a family was when J.P. Morgan, who formed the first billion dollar corporation in the world, lost over 69 percent of his $12 million to taxes and costs to settle his estate. Likewise, John Rockefeller, Sr., Alwin Ernst (CPA of Ernst & Young), Frederick Vanderbuilt and William Boeing all lost more than 50 percent of their family wealth to estate taxes and related costs. Groff said, “In a survey among heirs to successful family businesses that failed, 97.9 percent failed because of liquidation to pay federal estate tax or also known as the ‘death’ tax. Even if a business owner has liquid assets, the family still faces a heavy tax burden. The process to prevent this problem is wealth transfer planning which also provides some additional asset protection which is often appreciated by wealthy individuals.” 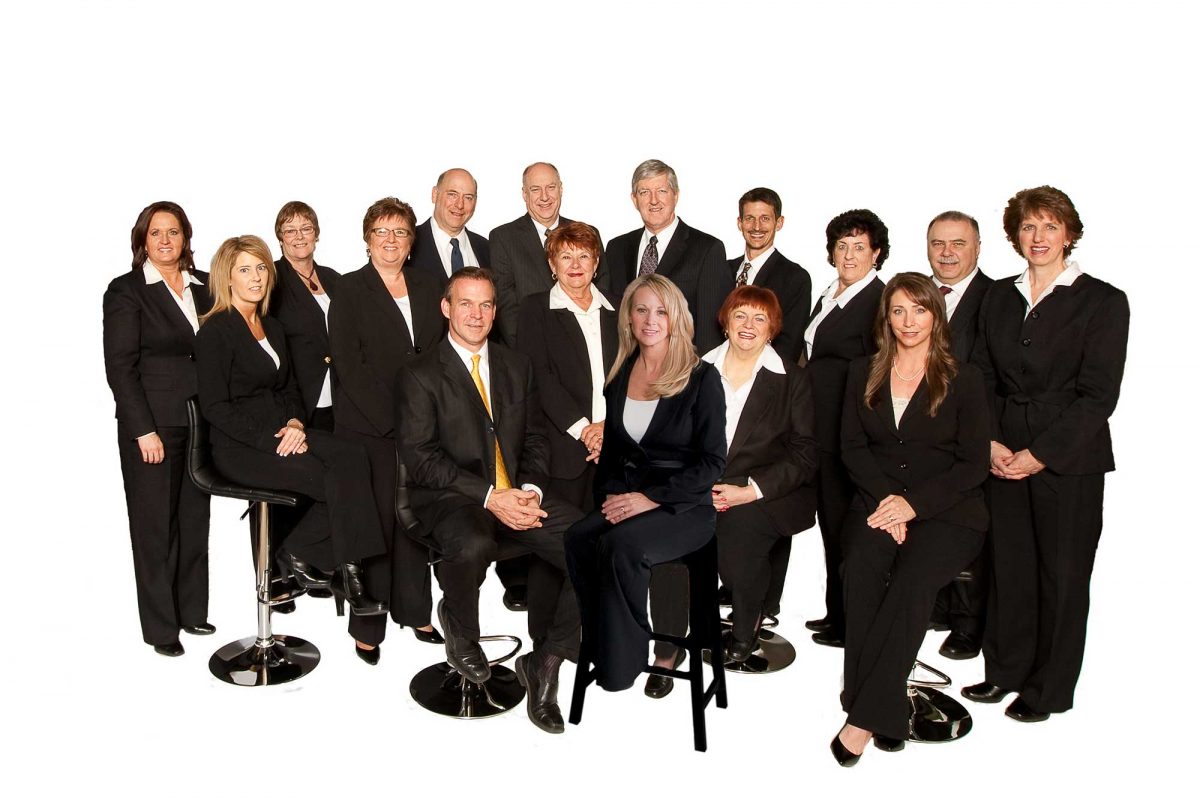 Preserving a Business for the Future

A real life situation in which Groff is currently involved is that of a widow, “Jane” who worked with her husband to grow a manufacturing company valued now at more than $75 million. With the guidance of Family Legacy Planning, LLC, Jane is now keenly aware of the federal death tax and wants to preserve the hard work of her late husband and herself so their family may continue to benefit from the wealth into the future. “In order to create the liquidity without disrupting the continuity of this business, I brought in an attorney that’s a part of our financial team to prepare a specially drafted “tax-free legacy trust” in which she can transfer up to $5,250,000 this year into this trust. This amount is the 2013 lifetime gift tax exclusion which is also the estate tax exclusion (sometimes called the “unified credit”) per person. The future growth of these assets also avoids federal death taxes and is protected from creditors as well. In addition, we agreed that the best return on her investment (ROI) would be the leverage of life insurance,” Groff explained. In this particular case, the annual premium for an increasing death benefit of $25 million now at age 75 and ending at age 99 of $48 million is $2,725,070 for eight years for a total of $21,800,560. She had the liquidity to fund this policy, but it was greater leverage to have a bank to finance it for Jane at a fixed rate of 3.5 percent and her company would own it and only the interest on the policy each year. The cash value of the policy would be the collateral for the loan itself instead of having to come up with the nearly $22 million to create $47 million of liquidity. She paid for the interest of the course of the loan, totaling $5 million. “After creating the tax-free legacy trust, we were able to create an additional $20 million ($48 million – $23 million total premiums + $5 million of interest) for her loved ones to provide to the IRS within the required nine months of Jane’s death. Th is $20 million is income tax-free and “cost” her on average only $500,000 out-of-pocket annually over the ten-year loan and most important kept her family’s wealth from being part of the statistic discussed previously. Rich Groff , II has enjoyed the client friendships he has procured since the beginning of the financial services industry, back in the late 1980s. He has spoken to thousands of people over the years at churches, business owner functions, public seminars and financial workshops. Groff is currently working on putting the finishing touches on the second edition of his company’s book, “Financial Synergy.” To find out more about Family Legacy Planning, LLC, visit www.LegacyPlan4u.com or contact Rich on his personal cell 602-697-1902, email him rich@legacyplan4u.com to arrange a personal meeting together to address your unique financial needs. Insurance and principal-protected investing are services offered through Family Legacy Planning LLC (FLP). Investment advisory and financial planning services are offered through Wealth Management International, Ltd. (WMI), an SEC Registered Investment Advisor offering limited discretionary trading through TD Ameritrade. Tax planning, preparation, and estate planning services are offered through Strategic Tax Planning LLC (STP). FLP, WMI & STP are separate companies, but affiliated by ownership and control.

“We respect what has made a business successful—their time.”
Flipbook
RETURN TO FEATURE STORIES
Menu