The Sum of all Parts

Typically when you break a bone, you see an orthopedic physician. If you have a heart condition, you see a cardiologist. In the field of medicine, doctors have a wide array of specializations they may pursue. For Dr. Vance Inouye, the choice of specialty was obvious – naturopathic medicine. This field of medicine is considered by many as an unconventional or alternative medical practice. In practical terms, it is the focus on holistic and proactive prevention as well as comprehensive diagnosis and treatment. Methods used in this field include diet control, exercise, nutritional supplementation, medicinal herbs, acupuncture, as well as natural therapeutics. Currently, 17 of the 50 states – including the District of Columbia, Puerto Rico and the Virgin Islands – offer licenses in naturopathic medicine. In order to obtain the license, a physician is required to graduate from an accredited four-year residential naturopathic medical school and pass an extensive post-doctoral board examination, Naturopathic Physicians Licensing Examinations (NPLEX) in order to obtain a license to practice medicine as a primary care physician. Arizona is one of the forward-thinking 17 states that offer licenses in naturopathic medicine. Dr. Vance Inouye has made a reputation as one of the finest practitioners in the Valley.

I am able to truly help people with their health concerns, going to the root of their problems rather than just treating their symptoms.” 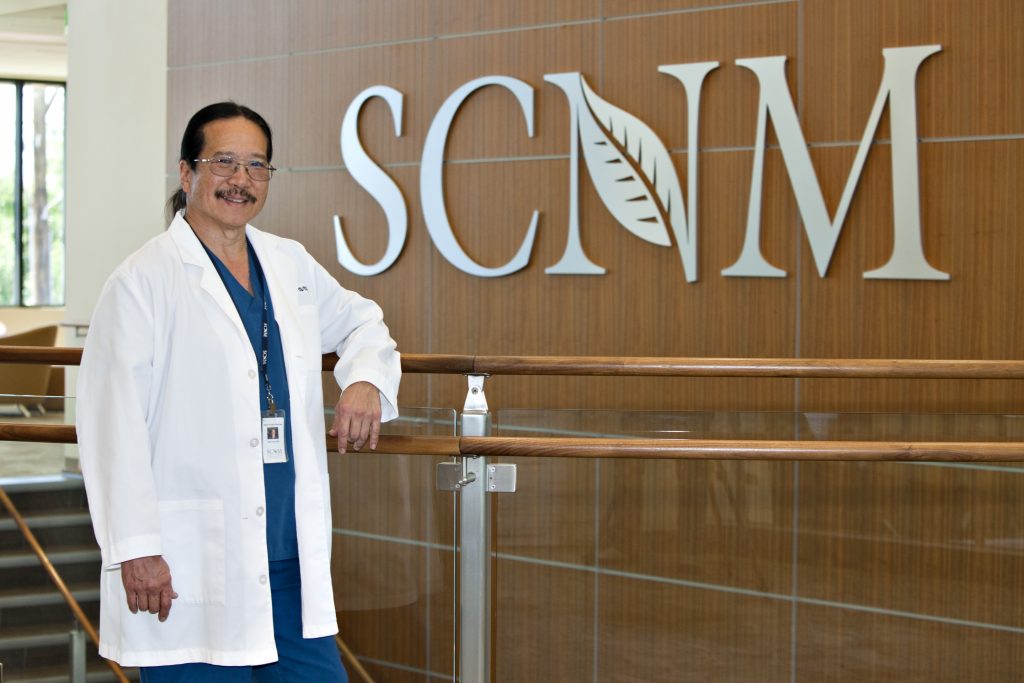 In many of the central fields of naturopathic medicine, Dr. Inouye enlisted the guidance of the best to lead him toward an effective practice. Dr. Inouye credits four specific mentors that have helped him become the reputable pain management specialist that he is today. “In addition to the many mentors that I had at the Southwest College of Naturopathic Medicine, I have several mentors that I feel I need to acknowledge,” Dr. Inouye said. “First, Elizabeth Revely (founder of the American Institute of Massage Therapy from which I was licensed and where I taught) who encouraged me to follow a path that led me into naturopathic medicine. I was actually pursuing a sales and marketing career, but she constantly encouraged me to pursue a career in medical arts for which she felt I was destined. Second, Dr. Harry Eidenier (a biochemist) who mentored me throughout my career as a naturopathic physician. Third, Sensei Morinaka (holder of advanced degrees in multiple martial arts and until his death, was a disciple at the Chozen Ji Zen Temple in Hawaii) who taught me traditional martial arts soft tissue therapy for injuries, including the basis of the concepts and techniques that I continue to utilize in my pain management practice even today. Lastly, Dr. Myk Hungerford who taught me the foundational work in sports massage and rehabilitation. Dr. Hungerford (considered by many as the “mother of sports massage” and credited for bringing massage into the Olympics) challenged me to think outside the box. Both Dr. Hungerford and Sensei Morinaka gave me a unique foundation of soft tissue injury management that is uncommon in my field of naturopathic pain management.” Deemed by many as a unique field of medicine, naturopathic practices may not be for everyone. Dr. Inouye came across the then obscure field of medicine initially triggered by his own pain issues and subsequently observing the injuries and treatments in his involvement in the martial arts over the decades. “I had two bouts of extreme lower back pain due to herniated discs – one in high school and one in college – that were cured by alternative practitioners,” Dr. Inouye explained. “Prior to consulting the shiatsu therapist and chiropractor, respectively, my conventional medical doctors prescribed pain killers and muscle relaxants. “After three weeks of constant pain, in both instances, I eventually sought out alternative practitioners,” he continued. “Within only two treatments, the pain was completely alleviated. A few years later, in a diving accident, I suffered multiple fractures in my neck; one of which was completely shattered. With the help of a gifted orthopedic specialist and a chiropractor, I fully recovered in record time without having to undergo surgery to my neck or any of the pain returning.” In addition to this personal experience of the healing powers of alternative therapies, Dr. Inouye credits his grandfather for inspiring him down the path less traveled. “He always promoted natural foods as the core of a healthy diet,” he said of his grandfather. This inspired him to find primary care physician Dr. Jack Burke, in his hometown in Hawaii who was also a licensed naturopathic physician. With a wife and four children, he eventually made the decision to return to school to pursue his pre-med education and eventually left his job as a sales manager for a national firm and made the move from Honolulu, Hawaii to Tempe, Arizona to pursue his naturopathic medical studies. He reflects on this decision saying that he is forever grateful for his children and especially his former wife Clarice’s sacrifices and could not have made this journey without her support. 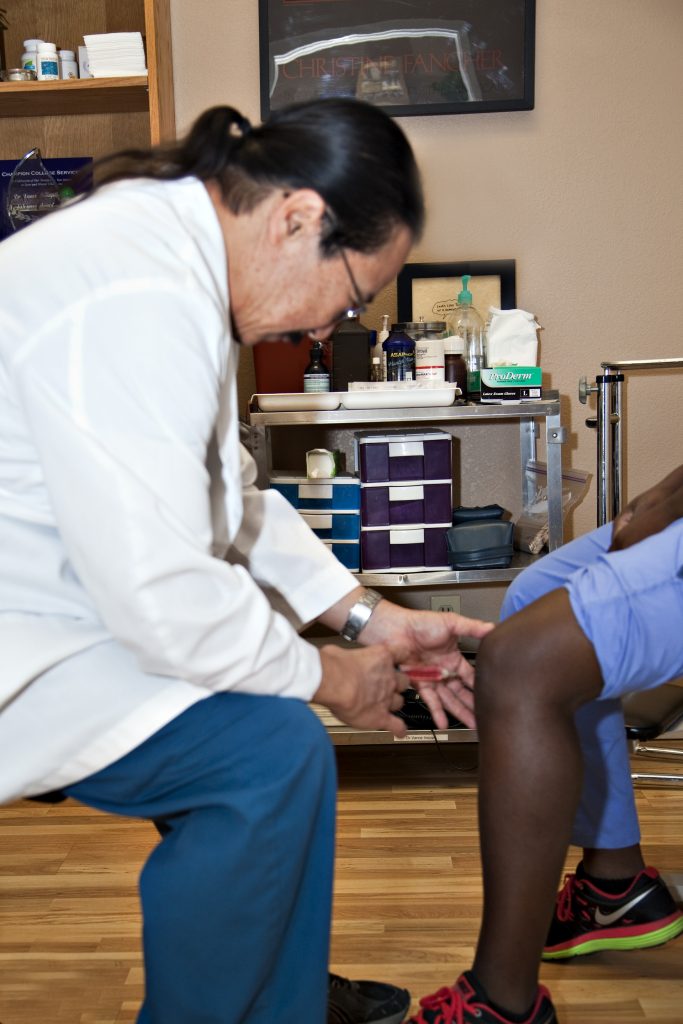 In 1997, Dr. Inouye graduated from the Southwest College of Naturopathic Medicine headed by President Dr. Paul Mittman. He opened his private practice the following year. Today, he devotes almost 70 percent of his practice to pain management. His treatment for pain due to functional as well as structural pathology can include such therapies as prolotherapy, PRP regenerative joint injections, trigger point injections, rehabilitation and corrective exercises, acupuncture, traditional oriental soft tissue manipulation and dietary advice for maximal healing. The remainder of his time is filled up with aesthetic and anti-aging therapies, such as PRP facials, PDO Threading (non-surgical facelift procedure) and Lipodissolve (fat burning injections). Additionally, he administers various types of IV therapies for optimal health.
“The main goal of my practice is to obtain the optimal health of my patients,” Dr. Inouye explained. “I have a holistic and nontoxic approach to therapies with a strong emphasis on disease prevention and the reversal of premature aging and will prescribe various modalities to optimize the body’s inherent ability to heal.” Over the years, AZ on the Rocks has grown and changed, always striving to be better. Although the entire staff learns and grows with every guest interaction, the safety of guests is always of paramount importance.

Giving Back to the Community

Dr. Inouye serves as a Clinical Supervisor for pain management shifts at the Pain Relief Center (PRC) at his alma mater, the Southwest College of Naturopathic Medicine in Tempe. In this role, he supervises students interested in pursuing pain management as an integral part of their practice. At the PRC, patients with complaints of pain are evaluated and treated. Dr. Inouye oversees the intake, evaluation and administration of treatment.

“It gives me so much pleasure to assist these students as they begin their transformation from pupil to doctor,” Dr. Inouye said. “I am also glad to have the opportunity to give back to the school that helped me enter such a rewarding field of medicine.”

Dr. Inouye also offers naturopathic physicians a series of seminars developed after many years of research and experience in pain management called, “The Comprehensive Approach to Pain Management,” in which he addresses both, structural and functional issues, the health status of the patient, as well as the nutritional and possible emotional influences surrounding pain conditions. 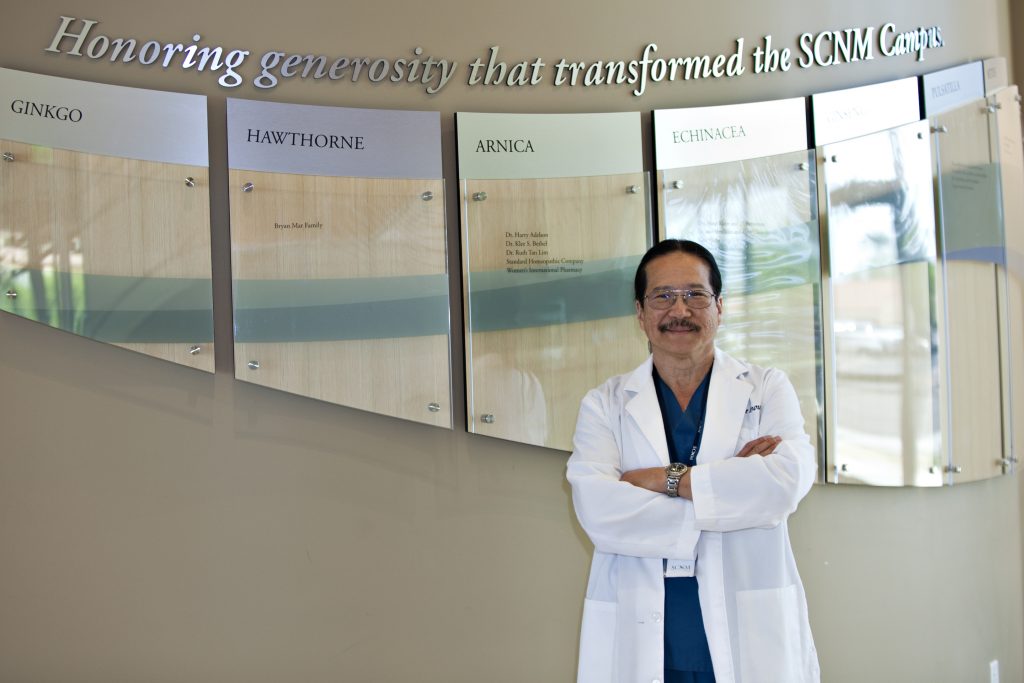 The Last But Best Option

Due to his personal experience with bouts of extreme pain as a young man, Dr. Inouye knows firsthand how his patients feel when they come in with complaints about pain and seeking a solution. Dr. Inouye often has become a last resort for many first-time patients – some have gone to such lengths to seek relief that they come to him from out of state. After this first visit, Dr. Inouye often transforms from the last resort to the go-to physician.

One testimonial that can be found on his website is from a young dancer from Texas who had been struggling with an ankle injury for months, which was caused by over-stretched ligaments causing a “wobbling,” sensation. The injury brought on other detrimental side-effects, including the overcompensation of other ligaments, tendons and muscles. After months of physical therapy and essentially, “doing everything right,” she was told that surgery was her only option. Following a recommendation from Inouye’s son – who is a professional dancer and choreographer – the dancer sought out Dr. Inouye for help. He recommended prolotherapy and PRP (platelet-rich plasma). After only four weeks, the dancer attended a follow-up appointment with her orthopedic physician. He had previously rated her ankle a two on a scale of zero-three (three being the worst). At this appointment, she was given a zero-one rating.

“I am 100 percent certain we would be making plans for surgery today if not for [Dr. Inouye]. Plus, besides being an amazing doctor who takes time to explain procedures thoroughly and give advice on maintaining a healthy body, especially for dancers, [Dr. Inouye] is also a wonderful, generous, kind-hearted and caring person,” the dancer’s mother raved about Dr. Inouye’s treatment. 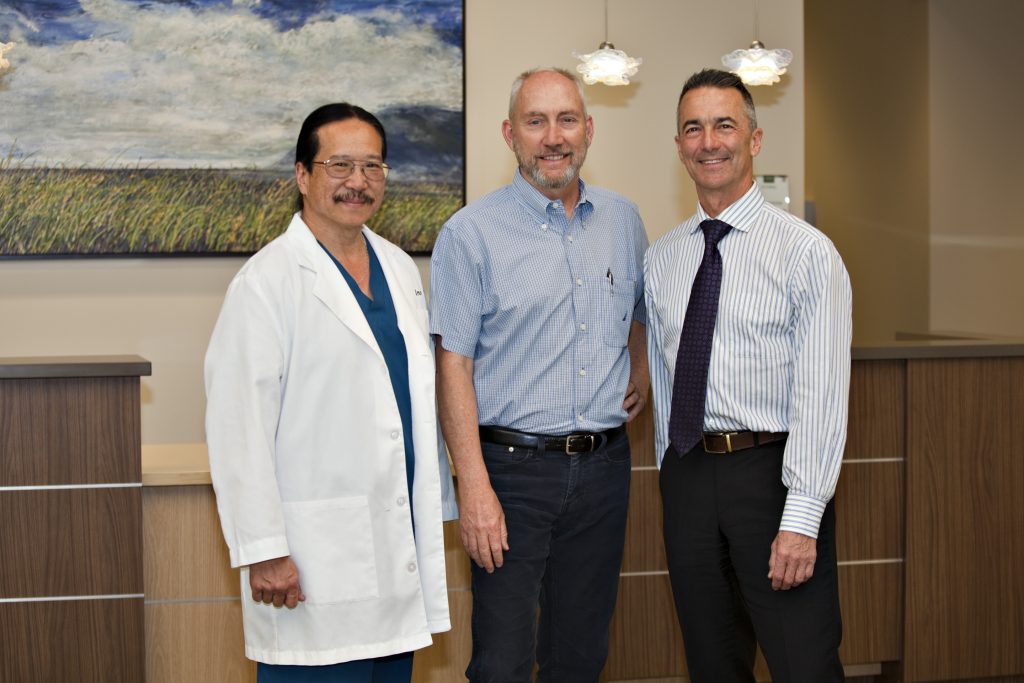 Megadeth frontman, Dave Mustaine, shared a testimonial on Blabbermouth.net which includes Dr. Inouye’s help in restoring function of Mustaine’s arm after an injury he sustained. He explained that during his rehabilitation, he fell asleep in a chair at a hospital with his arm over the back of the chair, which resulted in the circulation to his radial ulnar nerve to be compressed – a condition referred to as “Saturday Night Palsy.”

“The doctor in Texas said that I was probably not going to be able to use my arm any more than 80 percent, ‘if I was lucky’. And he also said I ‘would probably not play again,’” Mustaine stated.
Adamant about restoring the full function and feeling of his arm, he sought help from his doctor in Scottsdale, Raj Smith. Upon evaluation, Mustaine received physical therapy from Nathan Koch at the Spire Institute, acupuncture from Dr. Vance Inouye and chiropractic adjustments from Dr. William Tikey, as well as some weight training.

After a few months of intense and incredibly painful rehabilitation of his arm, Mustaine received news of a ‘full recovery,’ from Dr. Singh for which Mustaine went back to re-learn his craft of playing the guitar again.
Dr. Inouye gladly interfaces with conventional medical doctors whenever necessary offering his expertise in naturopathic treatments and therapies. He truly enjoys what he does and holds the gratification of his clients close.

“I am able to truly help people with their health concerns, going to the root of their problems rather than just treating their symptoms,” a statement that can be reflected in Dr. Inouye’s work as a naturopathic physician. Naturopathic medicine is emphasized as a whole system’s approach – “where an individual’s health is viewed as a sum of their total parts versus a symptom of their disease” – where all aspects of health such as physical, mental and emotional factors are addressed in helping the body recover and restore proper function.