Fulton Homes was founded in 1975 and is the largest privately-owned and family-operated builder in Arizona. With nearly four decades under the company’s belt, it hasn’t always been an easy road for the respected homebuilder, yet they have persevered and remain one of the most respected businesses in Arizona. From the way the company is run to the philanthropy they impart across the state, CEO Doug Fulton is at the helm of a forward-thinking company that values his clients, his employees and the community.

It’s not my money. It was loaned to me by the guy above.” 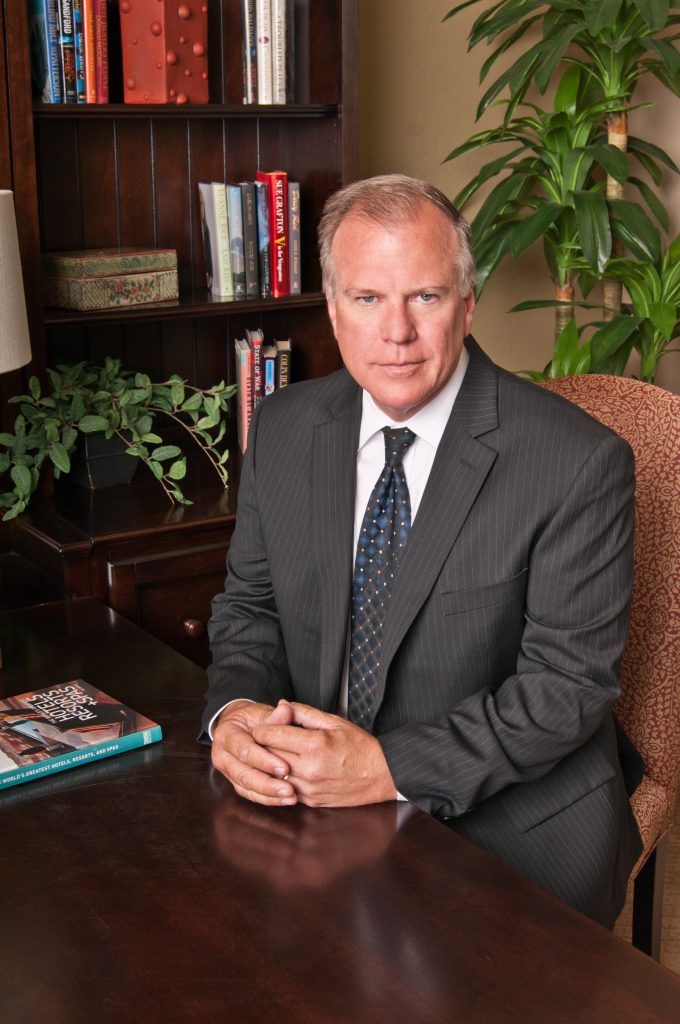 The Foundation of Success

Originally founded by his father, Ira Fulton, Doug Fulton was named CEO of Fulton Homes in 2008 after serving as the company’s president.

“We’re a family-owned, very lean and mean business. All of us are working managers, no one has a secretary,” stated Fulton. “We all roll up our sleeves and empty our trash cans and if you want a cup of coffee it’s in the break room. We’re all working managers and have things to do.”

“I’ve hired the top 10 percent in the industry and then created an environment that they thrive in. They’re respected, they’re listened to and can affect change and change policies,” Fulton explained.

He describes Fulton Homes as having a very flat organizational chart which lends itself to getting things done quickly, efficiently and without unnecessary micromanaging. Part of Fulton’s job is ensuring that those in the office are empowered to make decisions.

The company embraces an open door policy; they will not engage in email wars and can assemble for meetings at a moment’s notice.

“It makes us a tough competitor in the market. I use the analogy that we’re the little Velociraptor running around nipping at the heels of the T-Rex; the big public companies. We can move viciously fast, we have very sharp teeth and we can bring down the big guys because we don’t have layers of management and we make decisions quickly,” stated Fulton.

He sees to it that the right people are in the right position to routinely achieve excellence in every area of Fulton Homes.

Re-Emerging Stronger Than Ever

Back in 2010, Fulton Homes filed for Chapter 11 bankruptcy. They continued “business as usual” and pushed forward, determined to reorganize and get back in the black.

“We doubled our market share from three –and-one-half to seven percent of the market during the bankruptcy proceeding and we maintained being one of the top five builders in the market throughout the entire process,” stated Fulton.

Halfway through the bankruptcy, Fulton Homes gained so much ground that Fulton was able to do a full re-payment plan and all creditors were repaid 100 percent, plus interest.

The real estate market has just begun to shift into rebound mode, but there’s still room for much more recovery. Fulton Homes has a marked building presence in the southeast valley with the West Valley up-and-coming, too.

“They’re all starting to perk up a little bit. We might deliver as an industry 16,000 houses this year. We’re barely doing as many homes today as we did in the RTC days in the early 80s,” explained Fulton.

With a hit to Valley home values at about 60 percent in the recent years, it’s good to see progress in the upward direction.

Doug Fulton To The Rescue

Fulton is a special deputy for the Maricopa County Sheriff’s Office, assisting in helicopter rescue and is also a member of the Central Arizona Mountain Rescue Association (CAMRA) and Youth Assistance Foundation.

“Sheriff Joe put together a drug, gang and tobacco resistance program and I got on the board of directors for that and they found out that I had a helicopter and I had the skills to fly along,” Fulton explained.

He is now on-call 24/7 and trains new recruits in the program in heli-repelling, short hauls, one skids, external loads and Fulton gets them all current in their disciplines. “If they need me whether it is three in the afternoon or three in the morning, I’ll fire up the bird and go assist them,” said Fulton. 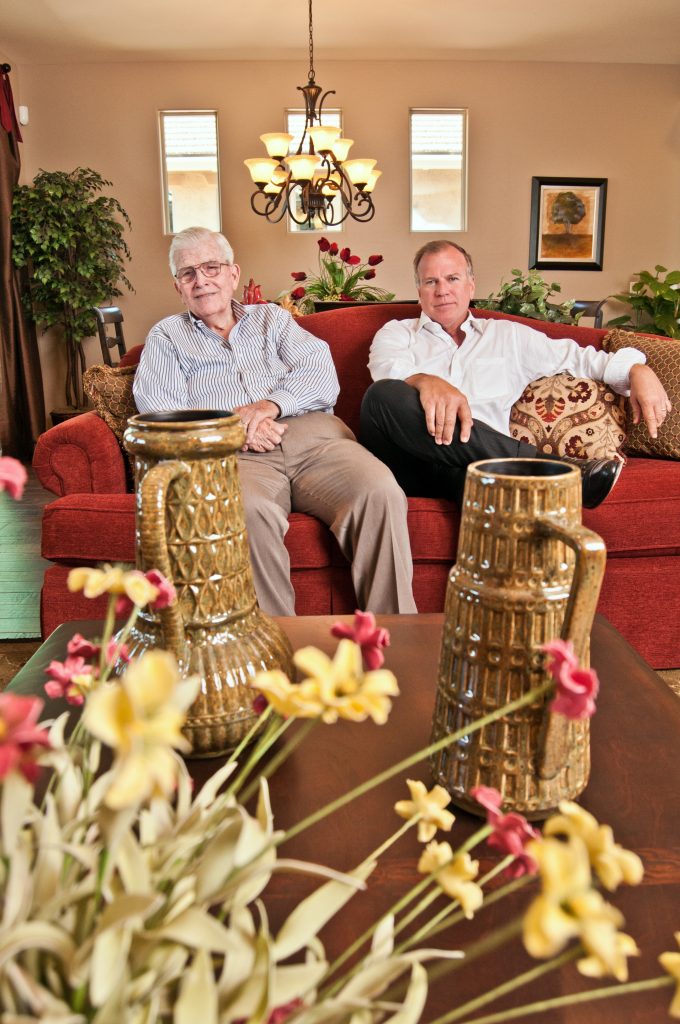 As a pilot, Fulton enjoys being able to assist others and to serve the community in this regard. He noted that his many rescue adventures will also make for great stories for his future grandchildren. After Hurricane Katrina ravaged New Orleans, Fulton assisted law enforcement agencies in delivering medical supplies to the area. Fulton’s helicopter has some performance capabilities that others don’t, so he is more than happy to help with rescues when specific situations arise. Fulton is always at home in his helicopter, affectionately calling it his “sofa in the sky.”

If you live in the Valley, you are probably familiar with the various Fulton Homes campaigns featuring adorable kids trying to explain the cooler points of the homebuilder, but their marketing moves have branched out in other interesting ways, too. Fulton has had many great marketing ideas and has implemented them with great success. Fulton Homes outfitted Phoenix-Mesa Gateway Airport with upscale furniture for the baggage claim areas in conjunction with a savvy marketing move that was designed to draw in potential Canadian and North and South Dakota homebuyers. 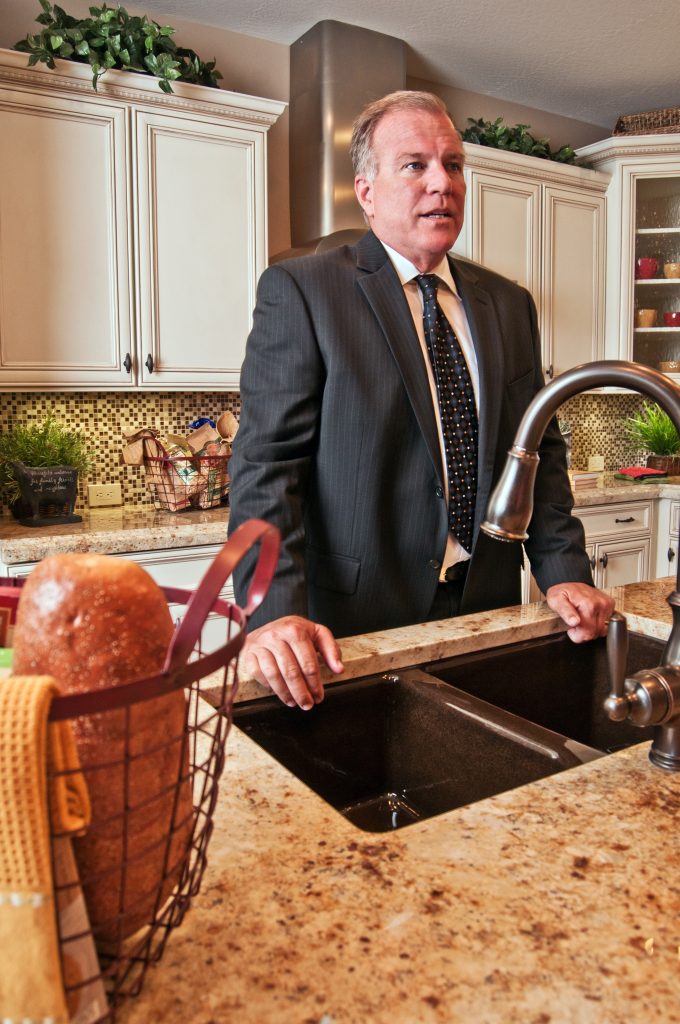 “You need to have another Canadian endorse you. It’s very important for one Canadian to tell another Canadian,” noted Fulton about their campaign to draw in north-of-the-border buyers. “We put pictures of our Canadian homebuyers up on the wall with QR codes that you can scan. People scan that and then it goes directly to a testimonial of a Canadian that says, ‘Hey, I’m from Manitoba or British Columbia’ and a video of them sitting on their couch in their Fulton Home talking about their experience with Fulton Homes.”

How often do you get to see a locally owned and operated company advertising in The Super Bowl? Not often, but Fulton Homes has seized the opportunities provided to them and has advertised during the Super Bowl for 12 of the last 13 years with their 2014 and the segment already booked.

Not only will Fulton Homes get coverage during the Super Bowl, but additional exposure pre and post-game. The avenues Fulton Home chooses for marketing have obviously been working well.

“Builder’s Magazine Ranking put Fulton at number one in the nation as a single-market operator. There is no one else in the country that is in a single market that has the volume that we do,” stated Fulton.

The real estate market has just begun to shift into rebound mode, but there’s still room for much more recovery.”

Ira Fulton is a third generation Arizonan and the founder of the company. Back in the late ‘60s Ira Fulton owned a very successful upscale men’s clothing store chain (Eagleson’s) based in Los Angeles. Then, one of Ira Fulton’s nephews who were contractors wanted to get into homebuilding, but needed the capital to get the company off the ground.

“I said, ‘I’ll back you’ and I gave them a $300,000 line of credit to start building homes in Arizona,” noted Ira Fulton. After not getting off to a great start “Uncle Ira” wound up in the construction business by default. Fulton Homes was born and grew into the success story it is today. Part of its success is giving back to the community and investing in the futures of the next generation.

“Sixty cents of every dollar goes to charity,” stated Ira Fulton. “It’s not my money. It was loaned to me by the guy above.”

One of the important programs they fund is Water Safety-an important concern for Phoenicians. “Any child under the age of six that can’t swim, we’ll pay for them to go to the YMCA and learn,” Ira Fulton noted.

Fulton Homes even sent a local grandmother for swimming classes so she could adequately supervise and swim with her young grandchild. Additionally, during the summer months Fulton Homes picks a recipient of a pool fence from those who petition the company.

Education is also an area in which Fulton Homes is passionate. “I’m really gung-ho on educating our children. If we don’t we’re really going to pay the penalty,” Ira Fulton said. “ASU is the largest university in the United States. The engineering college has my name on it, their college of education has my wife’s name on it and the foundation has the Fulton’s family name on it.”

BYU in Utah also bears the name of the Fulton family. More than 2,000 kids every year get educational scholarships from Fulton Homes. They are endowments and are available each year. Another program Fulton Homes sponsors is their Teacher of the Week program. At the end of the year, a Teacher of the Year is honored. The students get to help in the nomination process.

In everything Fulton Homes does, they do it with integrity and purpose. As a successful and thriving business in the valley, their success also benefits so many others, both those in the industry and those who receive from the company’s generous charitable programs. CEO Doug Fulton has proven he has the keen know-how, vision and creativity to propel the company far into the future and customers can continue to enjoy quality Fulton Homes for
years to come.