Privatizing & Inspiring in the Pioneer West

Some men are destined to leave an indelible mark on the Earth; to fundamentally change the way an entire industry is run. Many do this through technological invention or work flow innovation. For men like Don Smith, CEO of SCF Arizona, the vision is being achieved by applying the common sense principles and lessons from the past to build for the future.

Founded in 1925, SCF Arizona is the state’s leading provider of workers’ compensation insurance, covering more than 20,000 Arizona employees. The company holds a 30 percent market share across the state, but Smith has a plan to expand.

January 1 marked the first steps in Smith’s plan to grow the business and update the business model for his company. Beginning this year, legislation from 2010 took effect moving SCF Arizona from a quasi-governmental state fund, to a private mutual insurance company.

If the private sector can provide better services at lower cost than the government, then that’s where it belongs,” Smith says. “Government has a purpose, but that purpose must be evaluated in light of preferred private sector solutions.” 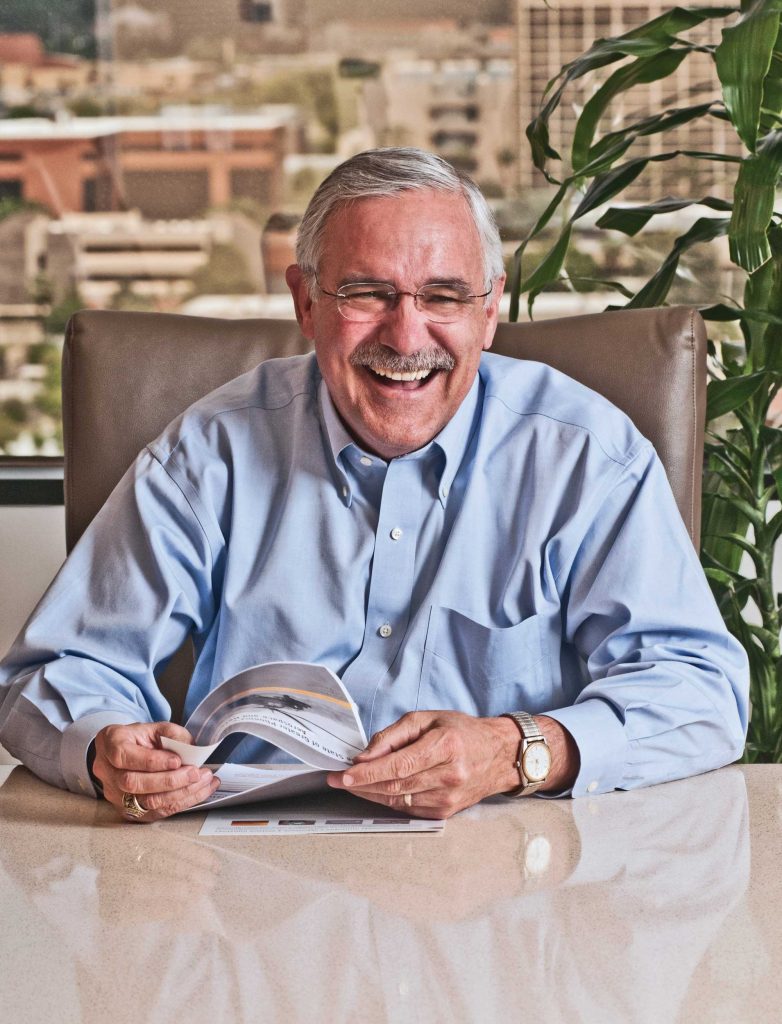 Smith has managed to guide SCF Arizona through the maze of public policy and corporate legal issues to transition into a Mutual Insurance Company, a co-op of sorts owned by its policy holders. In June, the company concluded its first policyholder election, establishing a six-member board through a proxy voting system.

“As a mutual company, our owners are also our customers,” Smith says. “That gives us incentives to provide high quality products at reasonable costs. Our number one goal to our owners is to provide them with the best product we can. The insurance stockholder model doesn’t work like that.”

“Our model, the mutual model allows us to focus on affordable, accessible insurance,” Smith further explains. “Our owners care most about availability, service and competitive cost. I like our system, because my loyalties aren’t split between the customer and the owner. In our model, they’re one and the same.”

Workers’ compensation insurance is legally required for businesses. Transitioning SCF Arizona from the government to the private sector was challenging, but Don Smith was just the right man to do it. His career has spanned corporate and government duties beginning with his time at Continental Corporation, a Fortune 500 insurance holding company in New York followed by a sting in Pennsylvania’s Department of Labor and Industry where he led Governor Tom Ridge’s workers’ compensation reform efforts. While in Pennsylvania, he saw a need for a better understanding of the law and public policy so he enrolled at Weidener University School of Law, graduating in 2000. He was admitted to the Arizona bar in 2001. 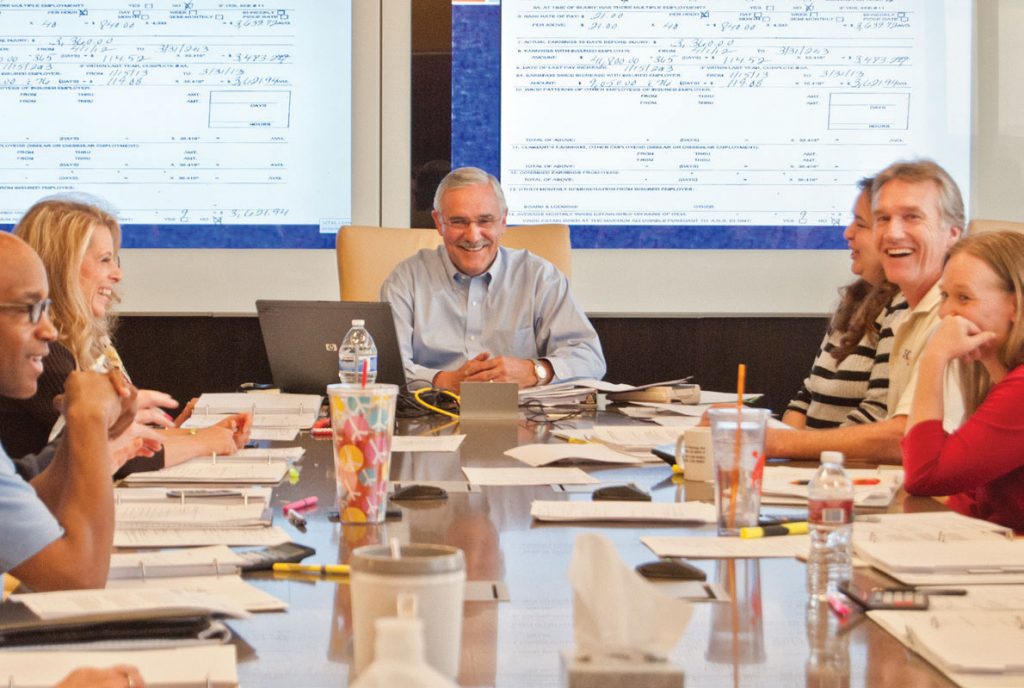 “I never planned on practicing,” Smith explains. “But my law degree has served me very well as a CEO.”

At the time, SCF Arizona was in the midst of a nationwide search for a CEO, one who would help guide them through a privatization process.

As an experienced insurance and public sector executive, Smith knew the problems he would face when he set out to privatize SCF Arizona.

As a public entity, “we were subject to political forces that weren’t in the organization’s best interests and certainly not in the interests of the policyholders,” he explains. “As an insurance company, like a bank, you have to have a cash reserve set aside to pay claims. This is important to ensure the promise to pay claims in the future will be met. There was a true lack of appreciation for this important principle at the governmental level. As soon as the state would start running out of money, it would attempt to raid our cash reserves, putting our future claims-paying
obligations in jeopardy.”

While privatization resolved this problem, it also has given SCF Arizona a new value proposition to offer the region.

“I grew up in the Midwest and on the East Coast in the older parts of the country,” Smith says. “I was excited to move to Arizona where there is still a pioneer spirit and lots of new things happening. Arizona is the sixth most business-friendly state in the country, and things move so fast that an outsider like me can come in and quickly establish myself as a leader in the community.”

Because states like Arizona are relatively new, they do not have much of the infrastructure of local and regional banks, insurers, and other critical local businesses that are taken for granted in more mature states.

“National companies control the marketplace here,” Smith says. “This means that a lot of the money spent in Arizona leaves the area and the businesses aren’t as invested in the community.”

As part of his work in the community, Smith has served on the board of directors for national industry organizations including the National Council on Compensation Insurance and the American Association of State Compensation Insurance Funds. The Phoenix Business Journal named him Most Admired CEO in 2009 and he has been active on the boards of the Greater Phoenix Economic Council, Greater Phoenix Leadership, The Grand Canyon Chapter of the American Red Cross and other civic groups.

With his own hard work and firm character, Smith has laid the groundwork for SCF Arizona to grow into a strong regional firm eventually offering more than just workers’ compensation insurance.

“CEOs have to impact the environment in which they operate,” Smith explains. “Not only is it the right thing to do, it helps protect and build the business. If they don’t remain aware and engaged, even the best run company can wake up one day and realize that the overall environment has shifted to their disadvantage.” 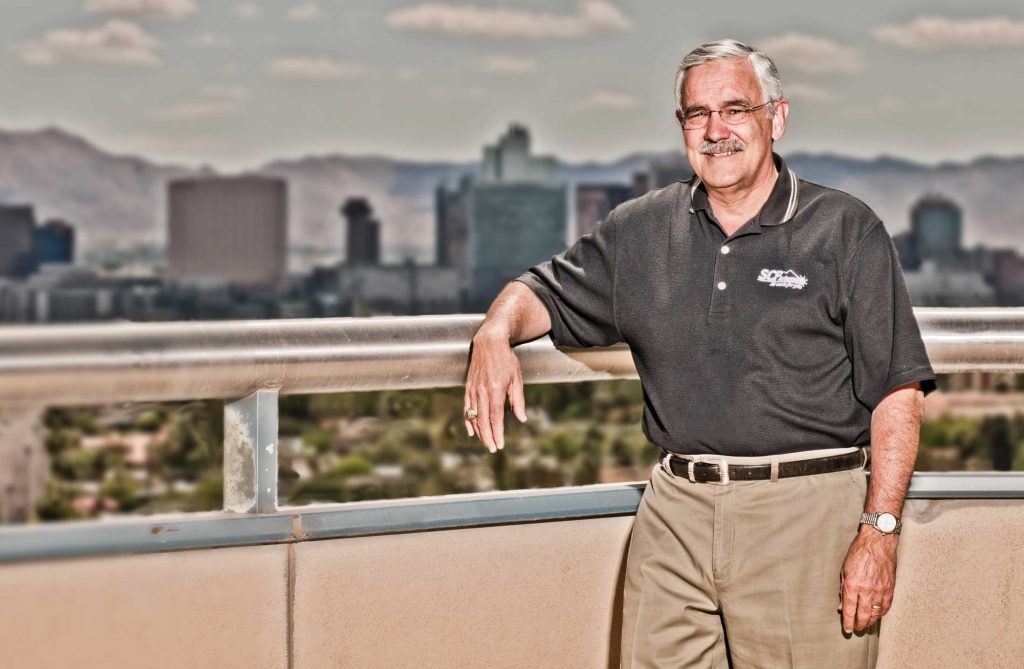 Leading a company effectively requires motivating a staff and cooperating with a board of directors, all of whom have to be brought on board to support a winning vision.

“You have to go beyond getting along,” Smith says. “You have to inspire people. The employees need to feel like they have a purpose beyond simply making a living. CEOs tend to have egos and you have to realize that there are a lot of smart people sitting on your board of directors. Many smart heads are better than one.”

According to Smith, one of the most important things a CEO does is actually make the final decision. “The kiss of death for any organization is inaction,” he explains. “Even if you make a wrong decision, you can see it and change course quickly, but you have to actually be moving to find the right direction.”

Above all, Smith believes that a CEO must show absolute honesty. “You set the culture for your company,” he explains. “Don’t stretch a nickel on your own expense report because the problem will magnify throughout the firm. CEOs fail more often because of bad character than bad financials.

His grandchildren dominate what spare time Smith has. “When we moved to Arizona none of our family was here,” Smith says. “Now we have two of our daughters with four of our grandchildren living in the Phoenix area.” Smith’s wife, Dorthea is a retired school teacher and the two have a total of 10 grandchildren including one only a few weeks old.

“Changing diapers really brings you back down to earth,” Smith says. “You think you’re a big deal CEO, then go home and trip over toys.”

“At Work For You”