I am not just an owner who sits in his office and dictates to his staff. And if there’s one thing I’d want people to know about me it’s that I’m a trustful, honest team player who loves working hand-in-hand, out in the field with his employees,” says Christopher Jones, owner of Phoenix-based Bio Chem Exterminating.

Jones says that although his organization is a corporation, he thinks of it and manages it as if it was an employee-owned company. He says his management style is seriously hands-on. “I really enjoy going out in the field and working directly with my employees. I like being out in the field meeting customers. I like helping my employees. Again, the customer service aspect of it is always there so I feel like I should be there.”

Bio-Chem Exterminating offers a wide range of service options to fit commercial, residential and industrial needs. Areas of expertise include everything from complete termite treatments and inspections to pest control and new construction protection.

The company has 10 employees and serves clients statewide. 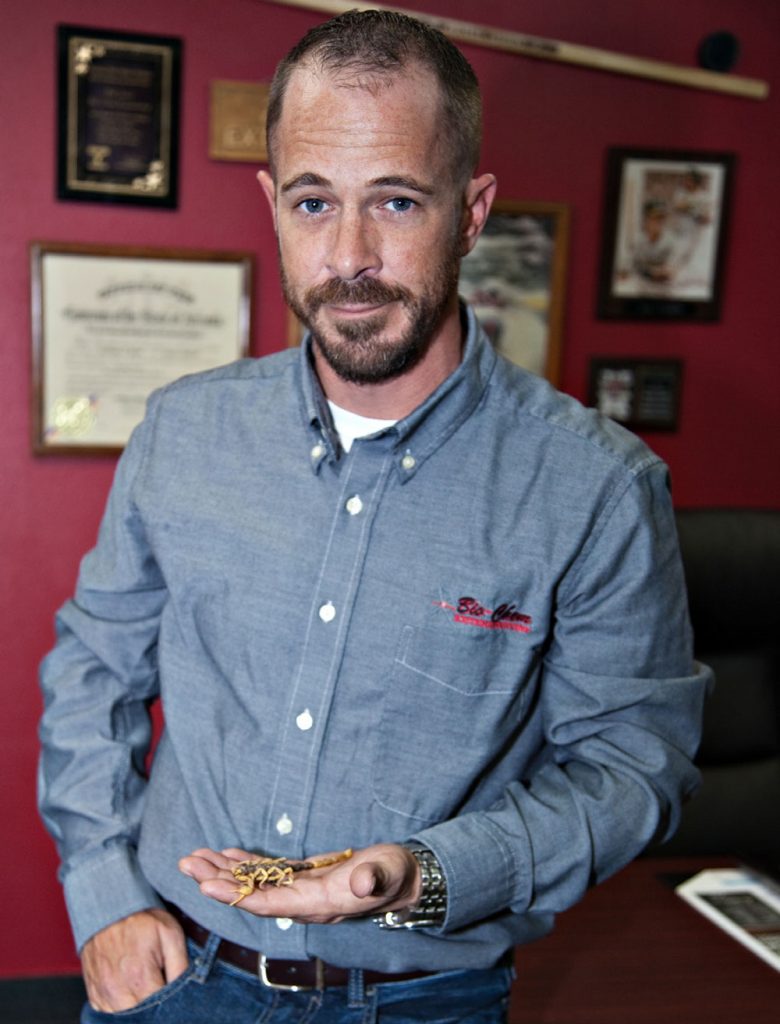 Bio Chem Exterminating is a second generation owned and operated company founded by Jones’ father in 1976.

“My father was a huge influence on me – huge, huge, huge. I followed his footsteps. I started riding around with him when I was 7 or 8 doing little side jobs such as patching holes, office work and filing, riding around with some of the technicians, emptying the trash, and a lot of those little go-fer jobs kids did back in the day. I worked after school and summers for the company. In a way, we built it together. I absolutely enjoyed it. I liked being part of a team, part of something my family was building,” he says.

Jones’ father died in March. “I’ve had to step into and try to fill some very big shoes.”

Before starting Bio Chem Exterminating, Jones’ father worked Hecla Mining where one of his friends who owned a restaurant was having a serious problem with roaches. The owner had hired numerous exterminating companies, but they weren’t having any success. Jones’ dad said he could take care of the infestation. He purchased a little hair spray squirt bottle, mixed up a few ingredients, and
went to the restaurant where he got rid of the roaches professional companies couldn’t eliminate.

Although he didn’t realize it at the time, the business that would become Bio Chem Exterminating began at that point. The friend was so amazed at the results that he recommended Jones’ dad to another person and then another and things started rolling from there. The demand increased so that he was working at Hecla Mining during the day and running routes after work. He started building up the business in the early ’70s. Bio Chem finally grew so big that he quit the mining company and started running his own firm full time.

The company grew organically, the way it is still growing to this day and still primarily off referrals. Jones says, “Our numbers pretty much are from people who are happy with our customer service and who spread the word. That’s the main thing I tell my employees every morning – more than anything our jobs depend on keeping our customers happy.”

Phoenix is home to more than 1,000 registered exterminating companies. They each use the same chemicals in the same, proscribed manner – all the chemicals have a label and instructions on how to legally use them. “The only thing we can do differently from other companies is to provide a higher level of customer service. Basically, we are there for the customer and to make sure they get the best in customer service. That’s the real difference between Bio Chem and other companies,” Jones says.

Stepping into the Big Shoes

The elder Jones was highly respected in the industry and the business community at large. He was appointed by the governor in the early ’80s to run the structural pest control commission regulatory board. He was involved in every aspect of the pest control industry, not only in his own company, but in leading the way for other pest control companies throughout the state of Arizona.

He also challenged his son to be a good manager and leader. “He was a bit tougher on me compared to the other employees just because he wanted to see me thrive. He treated everybody like family, though. If it wasn’t for that I probably wouldn’t be who I am or where I am today,” Jones says.

Responsibility for complete management of the firm came when Jones’ father passed away in March. Jones says his father was the ultimate role model from whom he learned everything from basic life skills to everything about the pest control industry.
“It’s been a good transition.

We’ve actually started doubling in sales and we have a business plan that has us quadrupling our growth. However, it’s been a little rough coming into the office every day. I’ve been doing this so often with my dad it’s sometimes hard to believe he’s gone. Sometimes when a tough situation comes up, I automatically reach for the phone to call him. It’s tough sometimes. It’s only been about six or seven months, so the transition is still there. Dad prepared me for as much as he could, but there’s still much to learn. There are always new things and there are always new ‘wrenches’ thrown into any given situation. But, like I said, some of the work in the earlier days and the challenges of those earlier days gave me the know-how and the strength to get me through the toughest times. The transition’s been a great period so far,” Jones says. 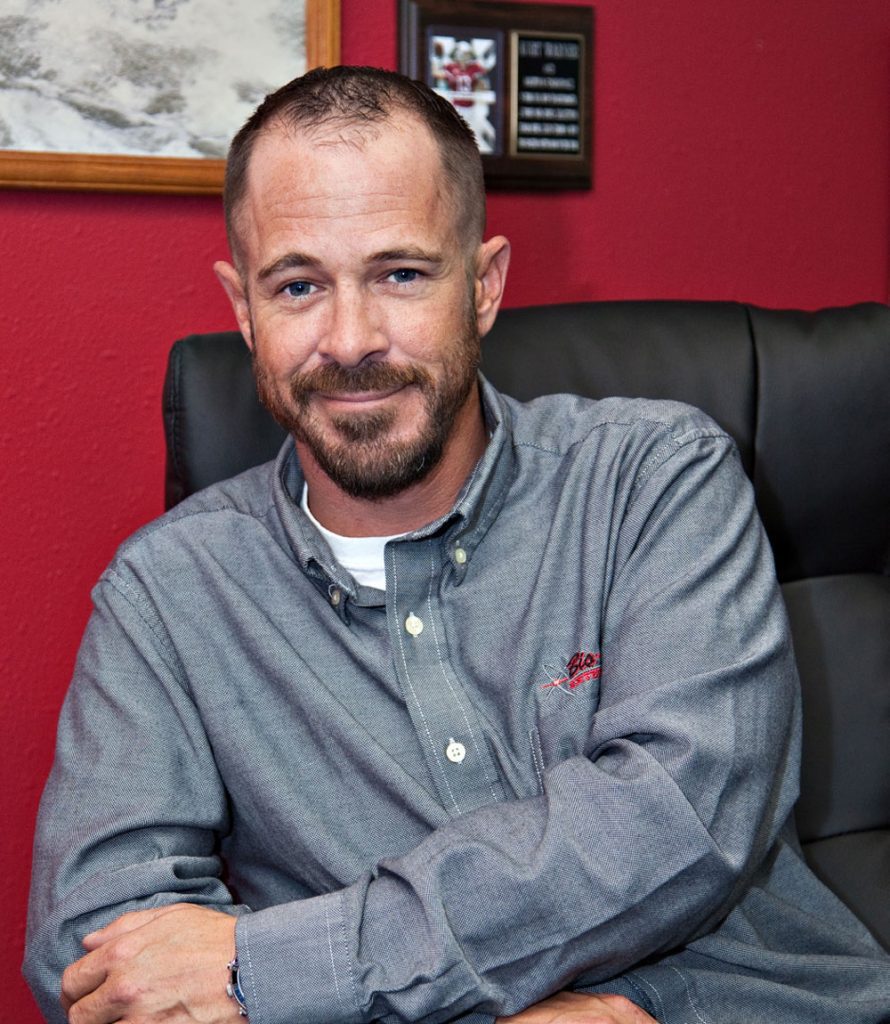 Jones says the biggest challenge he has faced so far is just missing the advice, counsel and partnership of his father. “There’s a big learning curve even though I grew up in the business – paperwork, licensing, our state regulatory board, and more people than just a team in the field. I’m still trying to fill his shoes which is impossible,” he says. The biggest surprise is the amount of politics involved with the job. “I was really amazed by the amount of politics involved in this business. I didn’t realize a lot of the stuff my dad had to deal with. I was the service manager for the last 10 years. I dealt more with issues out in the field whereas he was dealing with matters in the office – paperwork and dealing with regulatory boards. I’ve never been much of an office person. But that’s the biggest change. I look back and I used to be upset because my dad would be in the office just ‘living it up’ and not doing anything. But once I got in the office, I found out he was doing more than I was when I was out in the field,” Jones says.

Whether the challenges are in the office, the field or some government office, Jones says his basic philosophy gets him through the day. “There’s always tomorrow. The business is ever-growing. If you have a bad day, there’s always a tomorrow when things will be better. This isn’t a Pollyanna way of looking at life. Business always follows basic trends and one of those trends is that every down-cycle is followed by an up-cycle. The key to success is to keep your focus on the positive ‘tomorrow’ that has to come,” he says.

The company is growing at a record pace and has a wide range of residential, commercial and industrial clients. Bio Chem is the pest exterminator for the Arizona Coyotes, for example.

Jones says, “We are one of Arizona’s largest pre-treat companies. We do a lot of larger logistics buildings, basically anything from 100,000 sq. ft. to the Apple Building out in east Mesa, which was 1.5 million sq. ft. Before they pour the concrete, we go out and treat the slabs. We’re picking up new contractors and developers almost every day. I have a great staff, a great sales manager and they keep amazing me every day.” 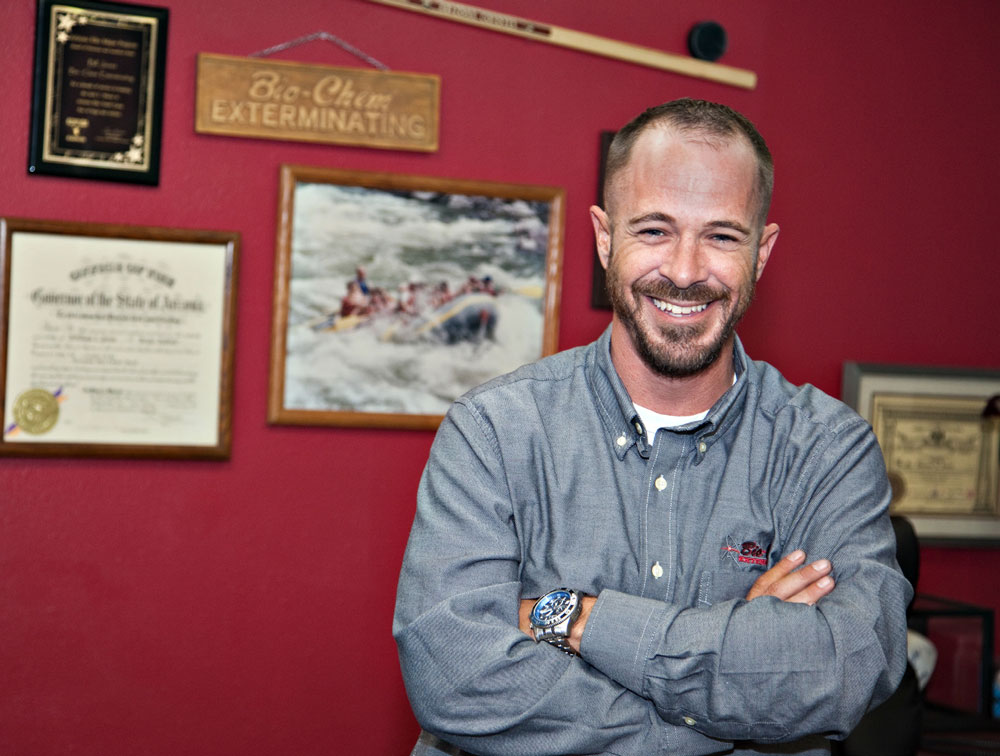 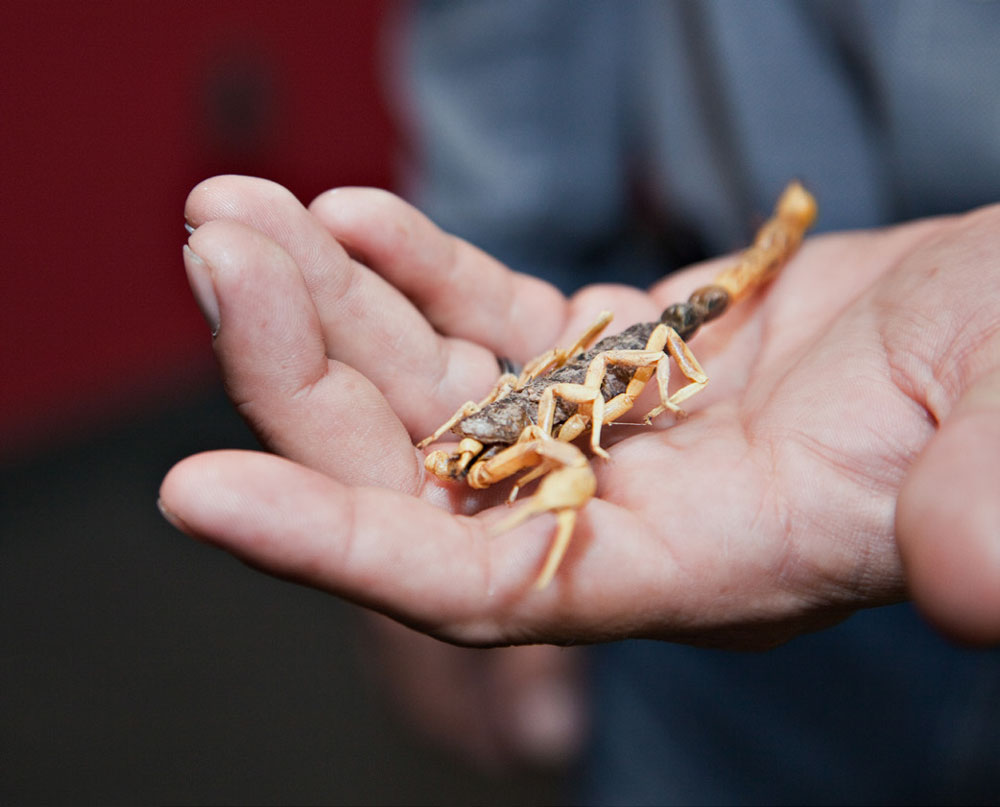 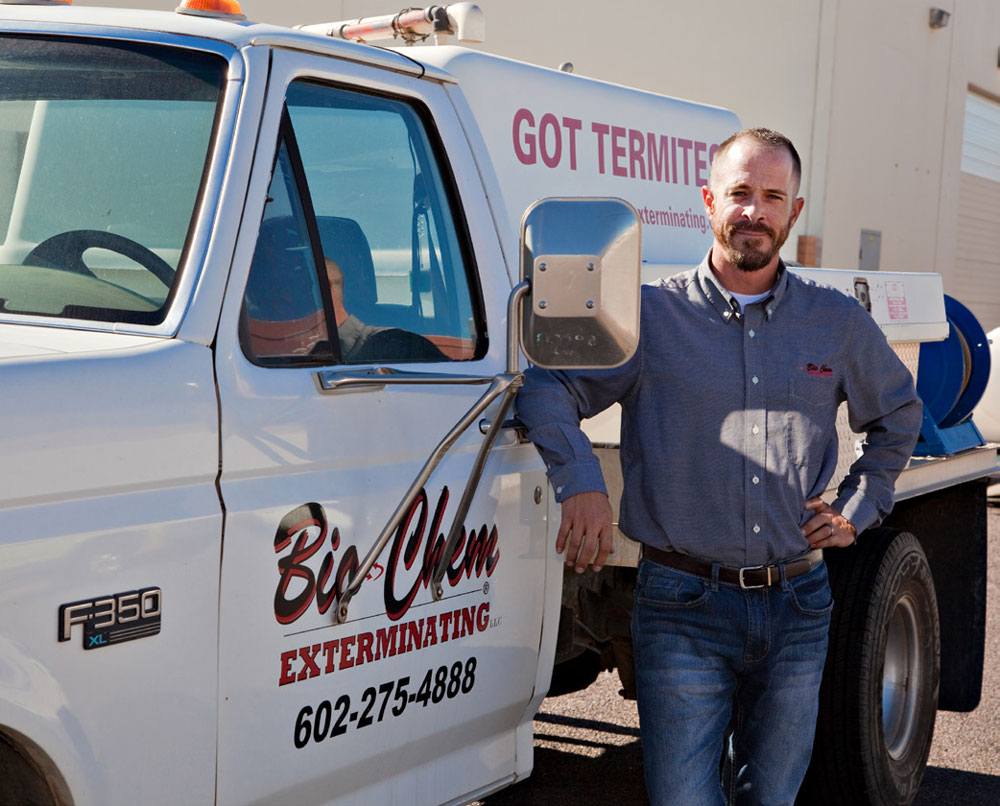 Jones finds that the ever-changing nature of his business and his continual interactions with a wide variety of people are two aspects of the job that make all the challenges worthwhile. “I just love going out meeting new people, in making and maintaining relationships with people in the company and throughout our business. I love meeting people. I try to be personable. I’ve made some great friendships and relationships over the years. It’s always evolving. It’s never the same. I’m not looking at a cubicle. Everything is different and there’s a new challenge every day.”