Doing It with a Smile

“I think the fact that we’re a family owned business means we really know the importance of treating all our customers, large or small, the same,” says Aaron Quartullo, owner of Biltmore Pro Print, a full-service printing firm located in the Camelback Corridor of Phoenix.

Quartullo says the philosophy benefits his business as well as his customers. “People stop by all the time and say, ‘Hey I know I’m a small customer, but you guys treat us right.’ That’s how we got a lot of our big customers. One of our biggest clients we got was because this particular graphic designer would always bring in small jobs for her design business. She mentioned to me, ‘You guys are so nice, you always took care of our work and never complained about it.’ She ended up going to work for a large company and now we’re doing quite a bit of work for them. You never know which customer can turn out to be a great client. You treat them all the same.” 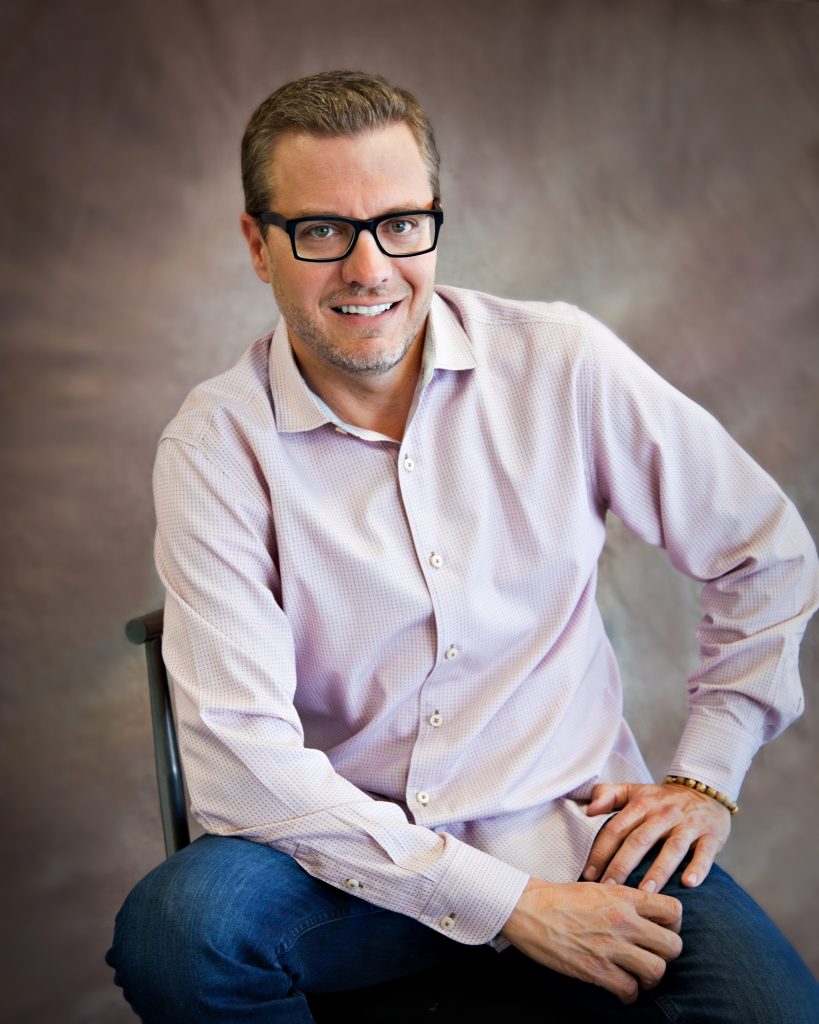 Those small jobs can be time consuming, but you have to do it and we do it with a smile,” Quartullo says.

Biltmore Pro Print has built a long-term, loyal customer base during its more than 33 years in business. Several customers have been with the firm for nearly its entire existence. According to Quartullo even when someone moves on (or up) from a job, they remain loyal to the print shop based on our quality of service. “They continue to bring work to us and our sales have grown quite a bit in the last 15 years, so we must be doing something right.” 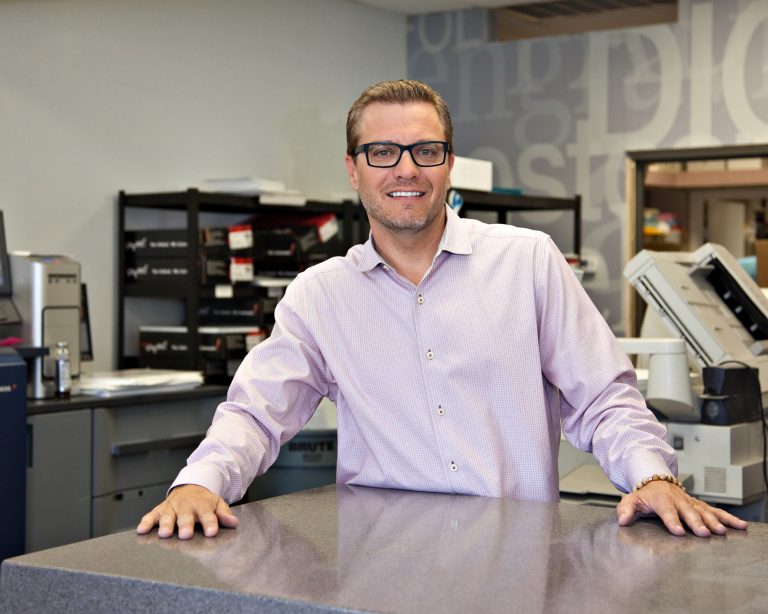 Keeping the Business in the Family

Quartullo is a second-generation manager and owner. His mother and father started the business in 1981 at the current location in Phoenix. Quartullo dabbled in the business in his early years, but didn’t become seriously involved until graduating from ASU in 1991. His degree is in management.

At first, he wasn’t sure that the family business was going to be his career and for five or six years out of college he considered other options. He even qualified for and was offered a job on the Las Vegas police force. A friend was an officer and suggested that he apply. Quartullo didn’t have a definitive long-term career plan at that time. Additionally, he knew that his father was the type who would work late into his career at the printing operation. He applied on a whim believing, as his friend had said, that no one is ever hired the first time out. Beating the odds, he was offered the position.

With a young family and a new home, combined with other pressures, Quartullo decided to stay. “My dad didn’t really beg me, but he really worked on me to stay. Instead of uprooting the family, I stayed here and it worked out well,” he says.

His management skills were soon needed because the family business filed for bankruptcy protection. His parents had opened a new business, another print shop near ASU that had not worked out. He experienced a true baptism of fire in running a business, but the business survived and is growing every year.

Quartullo says, “I believe you always have to stay positive. It’s really self-defeating to get down on yourself and people can sense that. My dad really instilled that in my life; he is the most positive man I know. He is my role model.” 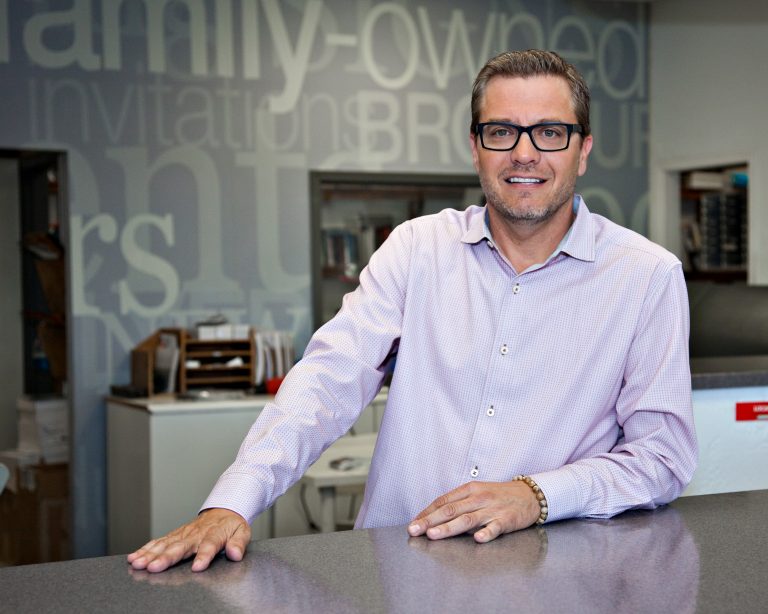 Print Shops Have to Change

Quartullo says, “I think print shops have to change and become marketing service providers rather than being print shops alone. I don’t think a print shop can survive another 10 years just doing printing alone.”
Innovations and new technologies have changed the nature of printing and the nature of print shops. “Everybody said print was dead 10 years ago. Obviously, it’s changed, but I believe more stuff is printed now than 10 years ago. It’s just different in how it’s printed,” he says.

Technology has, in many cases, altered the client/supplier relationship. “It’s really tough because in the past all our relationships with our customers were personal. I know a lot of our clients, but I don’t know them all personally. It is what it is and you have to change to changing times. There are different types of clients – some who know you and are loyal to you and then there are those who price shop and who find you on the Internet. It’s tough. You have to keep up, especially in our business or you’ll be left behind,” Quartullo says.

“As a working owner I enjoy going to work every day, meeting new people and interacting with our clients personally. I am not the type of person who could sit in a cubicle or office all day long working on a computer or talking on the phone. We have a very tightknit group of employees who do an awesome job and they’re the biggest reason Biltmore Pro Print is where it is today. It can be a stressful environment at times, but we all seem to deal with stress well,” Quartullo says.

His management style is relatively laid back and he is not the type to yell and scream, he says. He is more inclined to have a conversation or a private meeting if faced with a management challenge. He is the type that likes to get input from his employees on decisions and relies on their expertise. “All our employees are on the same page and we don’t have a lot of employee drama. It helps that we are a small shop and everyone works closely and well together. I try not to micromanage my employees, they know their jobs and they do their jobs well and as long as long as they do there’s no problem.

Quartullo and his wife of 18 years, Rhonda, have three children: Justine, 18, Kyler, 16 and Jayla, 12. They enjoy going to movies, vacations and to the gym as a family.

He loves to play golf, bowl and to ride his Victory Cross-Country motorcycle. He is a Cardinals season ticket holder but is an avid Green Bay Packers fan.